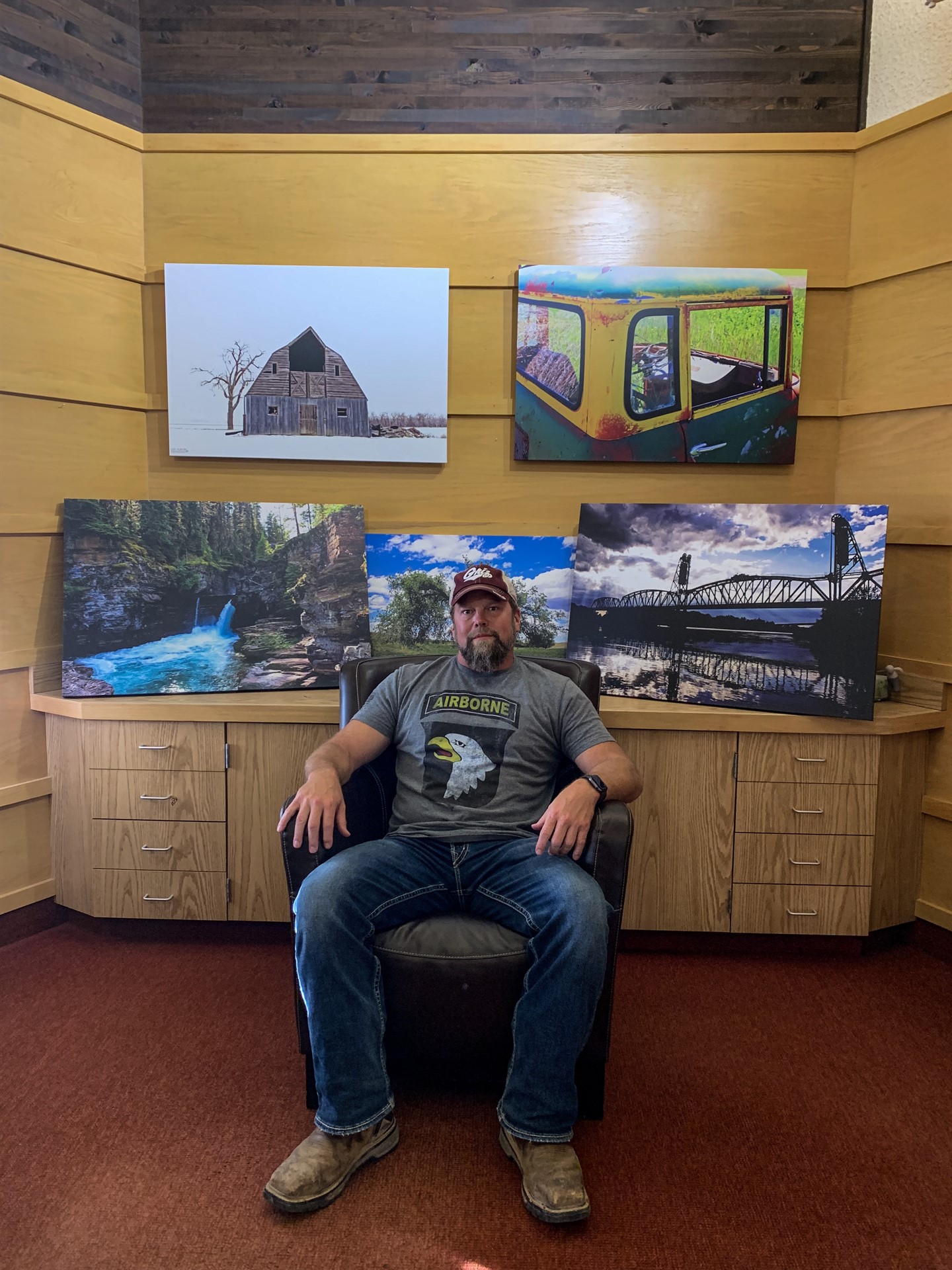 I found out Judd Burman won’t make it to the Wine & Food Festival this year, but he is still going to donate one of his jaw dropping photographs.  Check out his work on Facebook at Judd Burman Photography.  His work transports you!

Jaena:  So where will you be this year, Judd, instead of with us at the Wine & Food Festival?

Judd:  Playing with my band, Valley Cash. Devin and Dana Dahl, Matt Shannon, Andrew Nitz, and I will be at the American Legion in Watford City.  We booked it before the Wine & Food Festival was on my radar.

Jaena: Tell me about how you got into photography.

Judd: As a kid, I went to bible camp up by Big Timber. I started taking pictures there.  Scenery stuff. I got a little point and shoot Canon but it didn't have very good resolution to make descent prints.  For a while I borrowed a high end Canon from a friend and photography became, for me,  like hunting is for other people.  I’d be driving around with my dogs and the perfect shot would sneak up on me.  Nowadays, my kids don’t even flinch when I slam on the brakes because they know I’ve caught a glimpse of something special that needs to be seen by everyone.

Jaena:  What are some of your favorite things to photograph?

Judd:  Definitely not people.  I’m just not good at posing and placing people.  I am really drawn to the Fairview Bridge.  There is something about it that makes me want to get that one shot that no one else has taken.  I also love Woody Johnson’s barn-actually old barns in general.  I never travel without my camera.

Jaena:  I think it’s pretty cool that you are donating to the Wine & Food festival, even though you aren’t going to make it to the event.

Judd:  Why not if I can?  I like to do what I can for this community.

Jaena:  Well we appreciate that and love your work.  We can’t wait to see which one of your photographs will be up for auction in a few weeks!  Thanks, Judd!